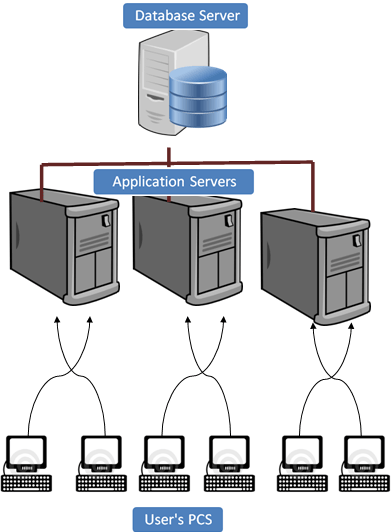 It’s called front-end. Only the front-end is installed in the user’s PC not the application/database servers.

Application server exists at a remote a location as compared to the location of the user PC.

Database and Application may exist on the same or different physical location. 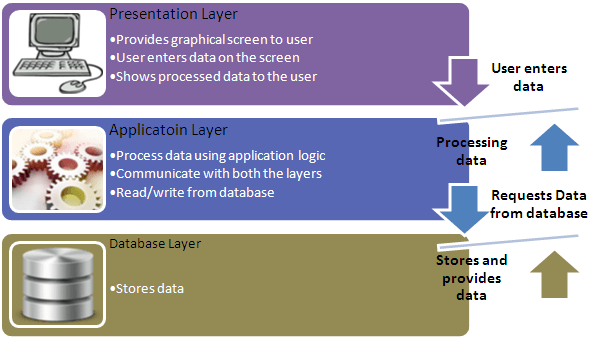 The presentation layer sends the user’s input to the application server, and receives data for display from it. While a SAPgui component is running, it remains linked to a user’s terminal session in the R/3 System.

The Database Layer consists of a central database system containing all of the data in the R/3 System. The database system has two components – the database management system (DBMS), and the database itself. SAP has manufactured its own database named Hana but is compatible with all major databases such as Oracle.All R/3 data is stored in the database. For example, the database contains the control and customizing data that determine how your R/3 System runs. It also contains the program code for your applications. Applications consist of program code, screen definitions, menus, function modules, and various other components. These are stored in a special section of the database called the R/3 Repository, and are accordingly called repository objects. R/3 repository, objects are used in ABAP workbench. 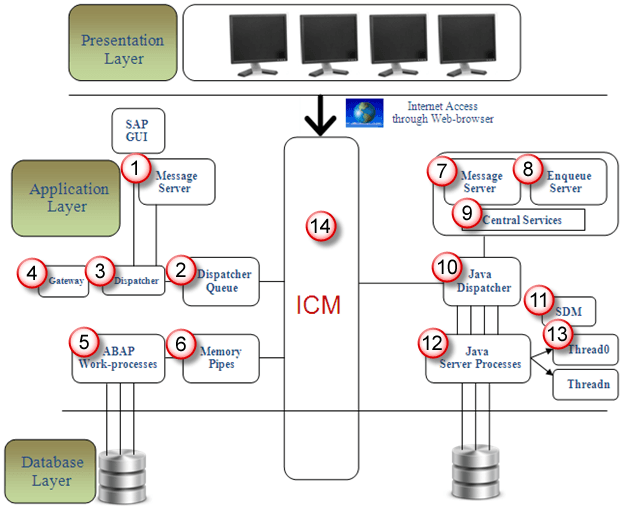 One more component is JCO. JCO is used to handle communication between java dispatcher and ABAP dispatcher when system is configured as ABAP+Java.

How the SAP Logon Process works? 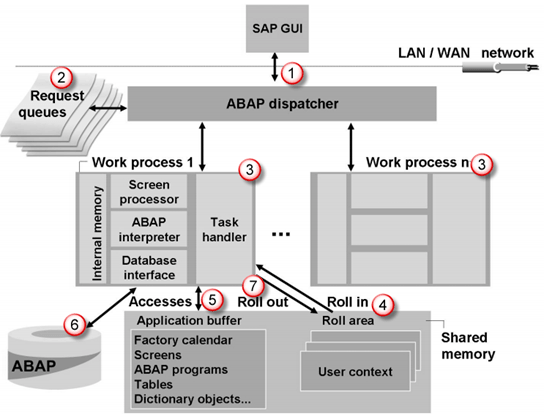 Step 1) Once a user clicks on the SAP system from GUI, the user request is forwarded to Dispatcher.

Step 2) Request is stored in Request queues first. Dispatcher follows First in First out rule. It will find free work process and if available will be assigned.

Step 6) Other requested data is queried from the database and once the process is complete,the result is sent back to GUI via dispatcher.

Step 7) At the end user’s data is removed from shared memory so the memory will be available to other users.This process is called roll-out.