What is Interface in Java?

An Interface in Java programming language is defined as an abstract type used to specify the behavior of a class. A Java interface contains static constants and abstract methods. A class can implement multiple interfaces. In Java, interfaces are declared using the interface keyword. All methods in the interface are implicitly public and abstract.

Now, we will learn how to use interface in Java.

To use an interface in your class, append the keyword “implements” after your class name followed by the interface name.

Why is an Interface required?

To understand the use of interface in Java better, let see an Java interface example. The class “Media Player” has two subclasses: CD player and DVD player. Each having its unique interface implementation in Java method to play music. 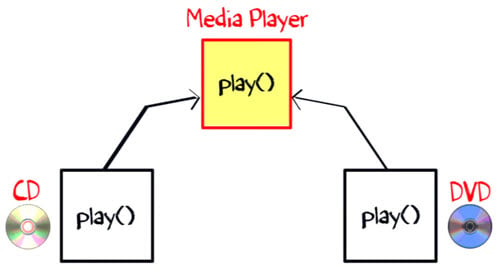 Another class “Combo drive” is inheriting both CD and DVD (see image below). Which play method should it inherit? This may cause serious design issues. And hence, Java does not allow multiple inheritance. 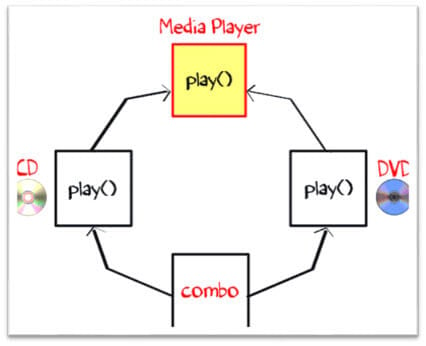 Suppose you have a requirement where class “dog” inheriting class “animal” and “Pet” (see image below). But you cannot extend two classes in Java. So what would you do? The solution is Interface. 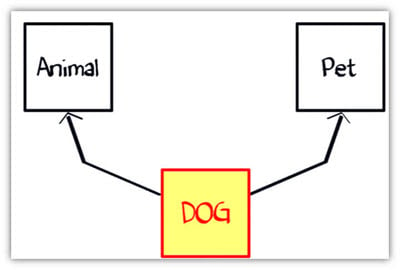 The rulebook for interface says,

Class Dog can extend to class “Animal” and implement interface as “Pet”. 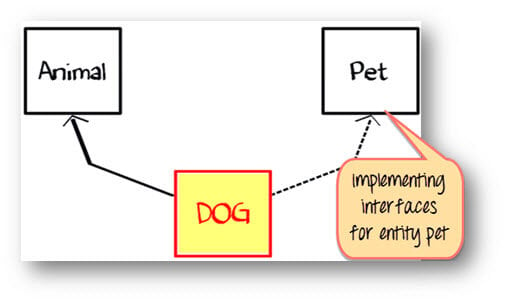 Let’s understand the below interface program in Java:

Step 2) Save , Compile & Run the code. Observe the Output of the interface in Java program.

Difference between Class and Interface

When to use Interface and Abstract Class?

Must know facts about Interface